We sold this Glacier Bay 2680 new in 2004 and have maintained and stored it since it was new. Always stored in heated winter storage. Just had recent major engine maintenance, boat detailing and many other items. This Glacier Bay is as turn key as a boat can be! 761 freshwater hours, with the majority of those at idle rpms since owner was an avid Salmon fishermen.

The Yamaha Engine Diagnostic reports(YDS) below are one report for each engine at cold idle speed with the engine started, and the other reports are for the engines at wide open throttle. The important information is the engine hours and hours ran a specific RPM ranges, and oil pressure and water temp. Both engines show less engine hours  on the YDS reports(574)than the tachometers show(760). The reason for that is in 2007 both engines were updated with the F150 Fuel Vapor Recovery kits and part of that installation includes new engine computers, which have zero hours on them when the are new.  Other important information on the reports is you can see that over 400 of the 574 engine hours are below 2000 rpms. Which means the engines were not run hard.

Boat specifications are below the walkaround/underway video and pictures. We have many other pictures if you would like to see them. The video does a good job of showing the boats condition in several key areas and how well it runs. 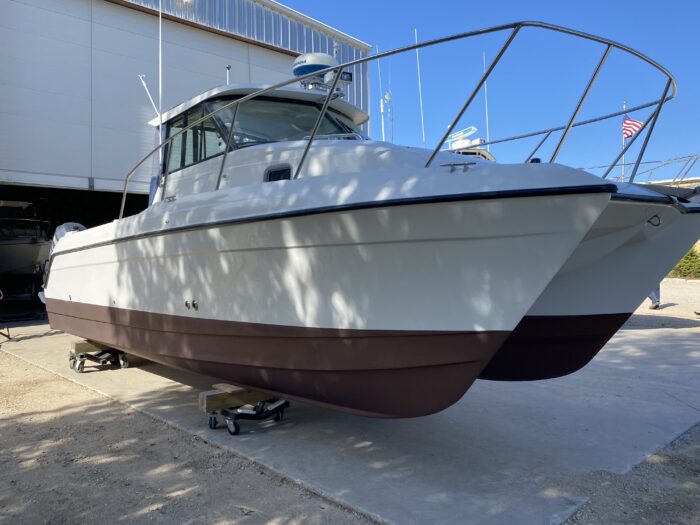 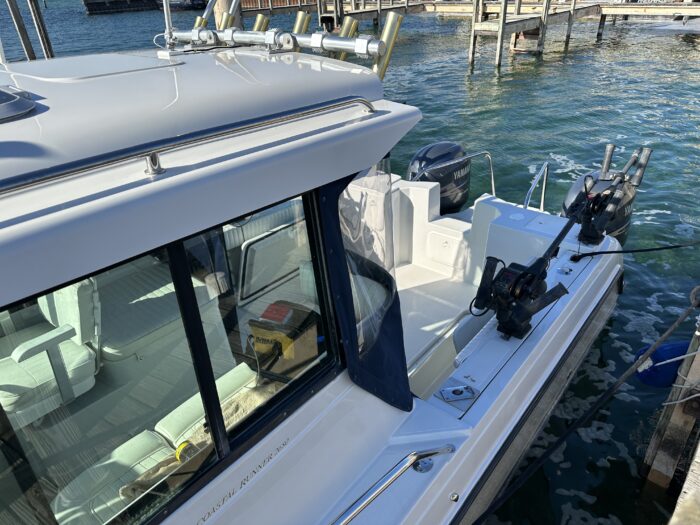 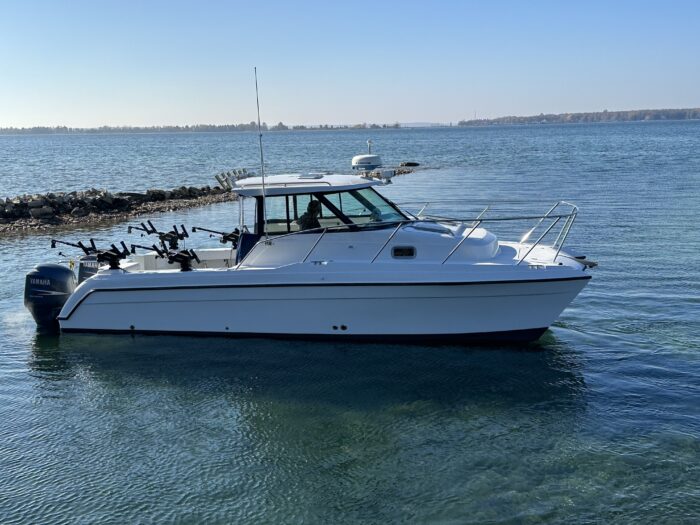 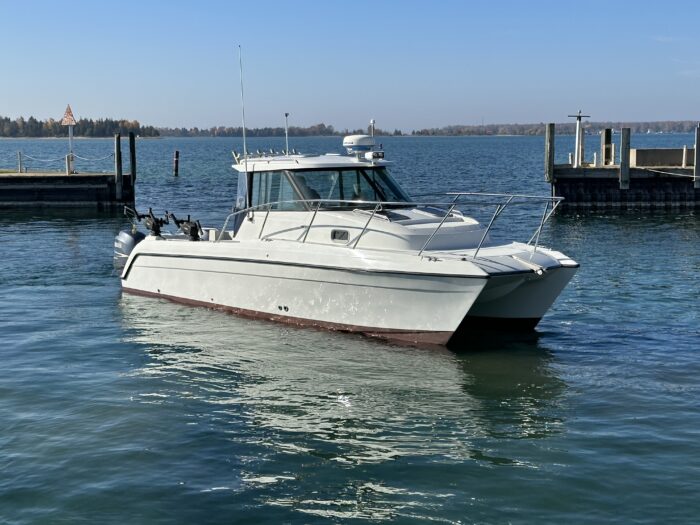 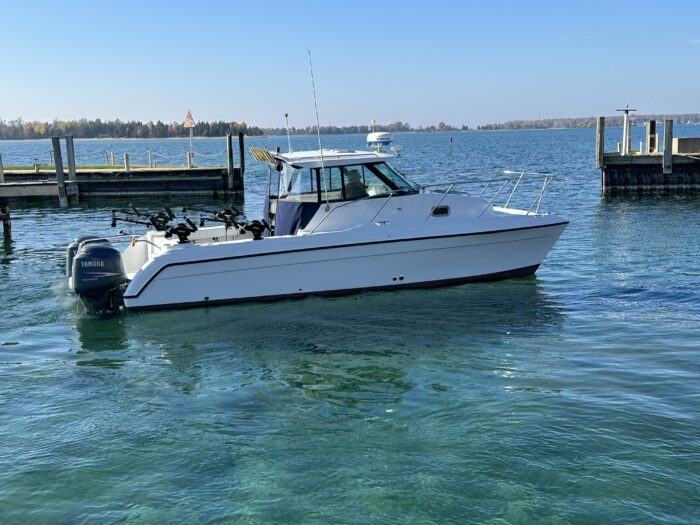 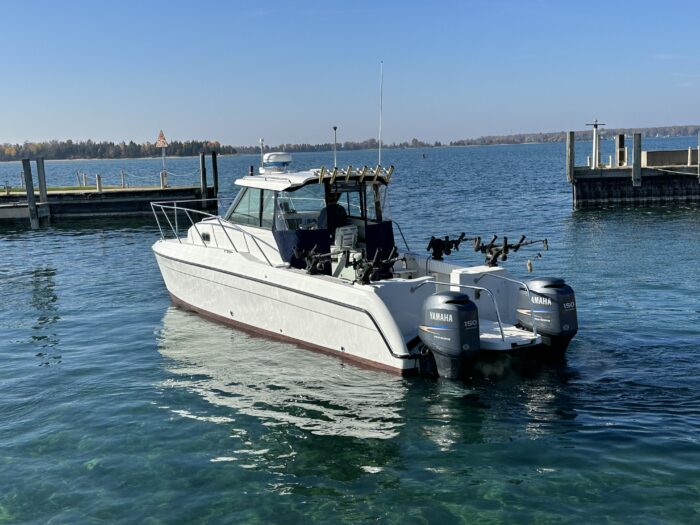 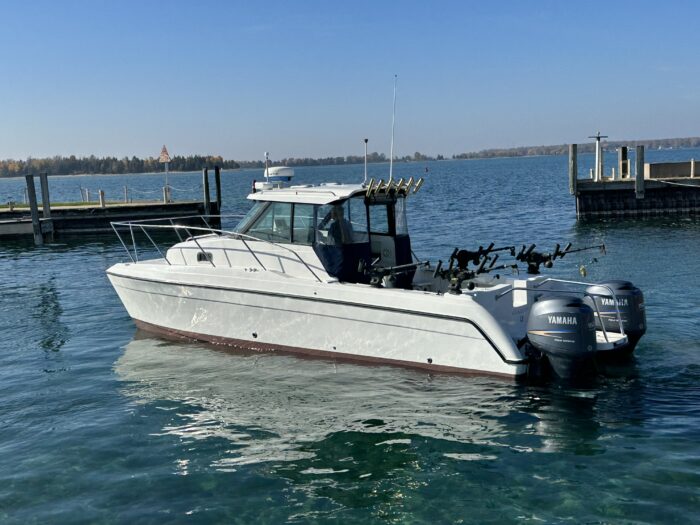 Here are the specifications.